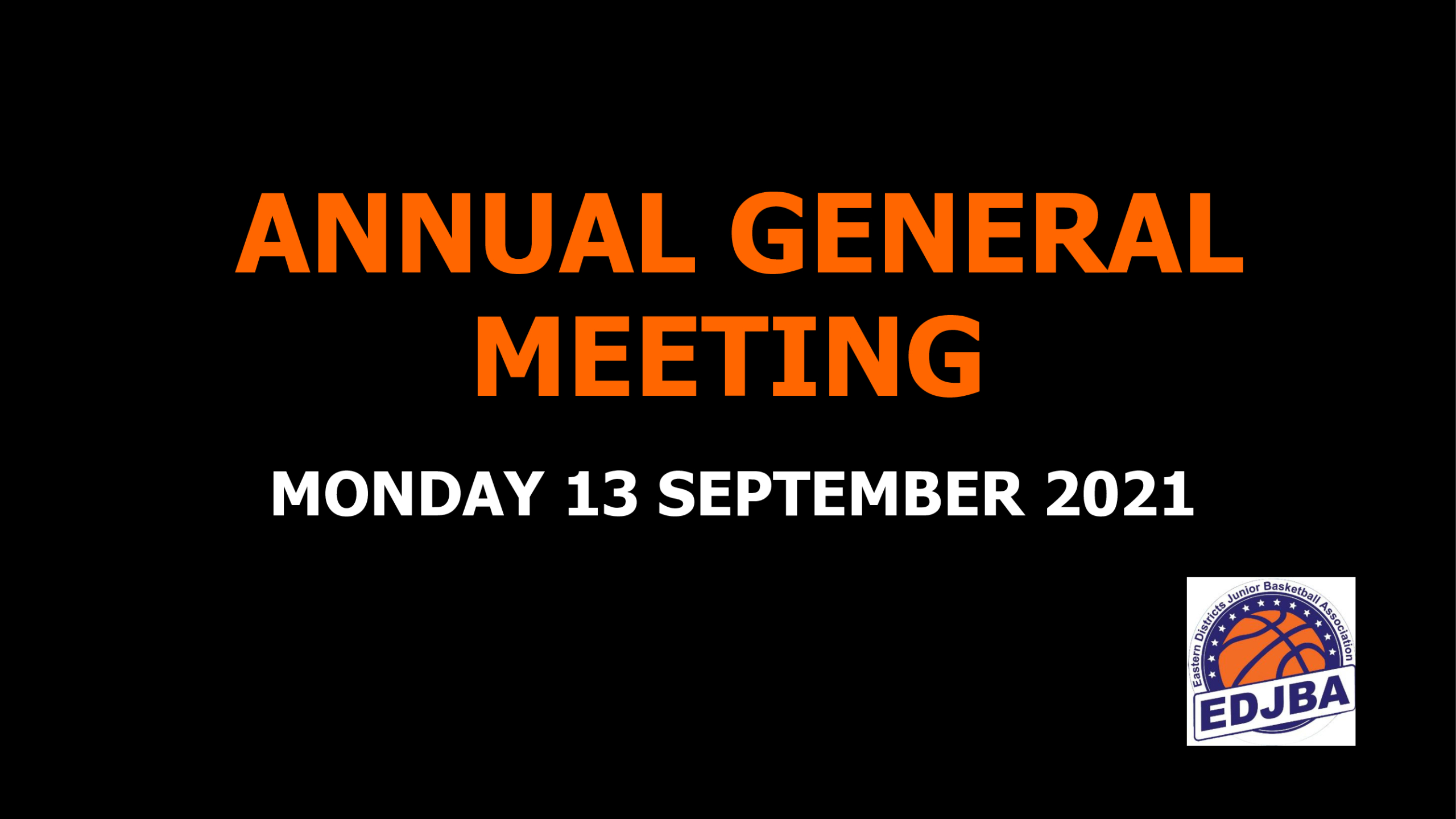 The Annual General Meeting of the Eastern Districts Junior Basketball Association Inc. will be held on

Nominations for the following positions on the Committee of Management are invited:

Nomination forms and the agenda are available at the bottom of this post. Completed Nomination forms must be received by 7.00pm Monday 6th September 2021. The form can be emailed to secretary@edjba.com.au. Late nominations will not be accepted.

Please note that in addition to the usual AGM agenda items, there is a motion relating to size 5 balls. Details are in the attached agenda.

Additional club representatives are welcome at the AGM however only delegates are able to vote.